Following the success of Zero’s Journey and Mirror Moon, TOKYOPOP is excited to announce a third installment in their line of original The Nightmare Before Christmas graphic novel series, titled DISNEY TIM BURTON’S THE NIGHTMARE BEFORE CHRISTMAS: THE BATTLE FOR PUMPKIN KING. Set before the events of the original stop-motion film from Tim Burton, the brand-new original story follows the friendship and inevitable rivalry between protagonist Jack Skellington and villain Oogie Boogie. 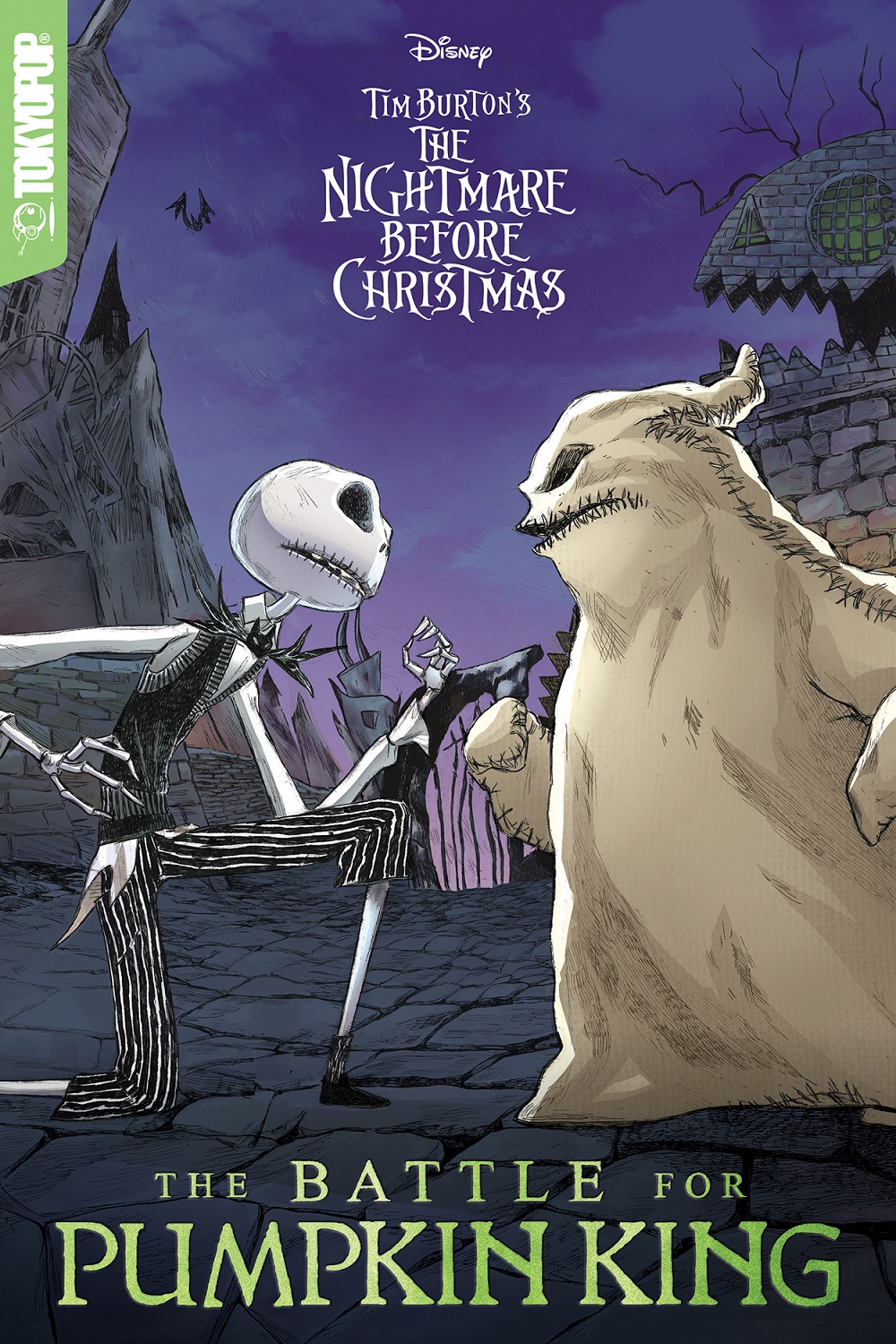 Jack Skellington is the undisputed Pumpkin King of Halloween Town. But it wasn’t always that way…

Years ago, Jack and Oogie Boogie were close friends. Both eager to prove themselves, they poured all their passion into their spooky projects to earn their rightful place as the scariest duo in town. But there could only be one Pumpkin King! What could have happened to turn two best friends into such bitter rivals?

Written by Dan Conner (Disney Tim Burton’s The Nightmare Before Christmas: Zero’s Journey), with story by Shaun McLaughlin and D.J. Milky, and art from Deborah Allo and Roberto Scalia, this full-color graphic novel series is another deep dive into the holiday-themed world originally created by Tim Burton.

DISNEY TIM BURTON’S THE NIGHTMARE BEFORE CHRISTMAS: THE BATTLE FOR PUMPKIN KING will be released as five single issue comics from March 2023. The graphic novel collects issues #1 through #5, and will be available for Halloween 2023.

Full details about the title and its release schedule can be found below. All details subject to change; please see https://www.tokyopop.com/manga for the most up to date release information.