Crunchyroll, one of the leading and ultimate anime destinations worldwide, is bringing “The Quintessential Quintuplets Movie,” the romantic comedy that’s taken the anime world by storm, to theaters globally (excluding Asia and Middle East) starting October 31. Crunchyroll also revealed English voice cast, and new assets including a trailer for the upcoming film which will be available in both English dub and subtitled. For more information visit the official website. 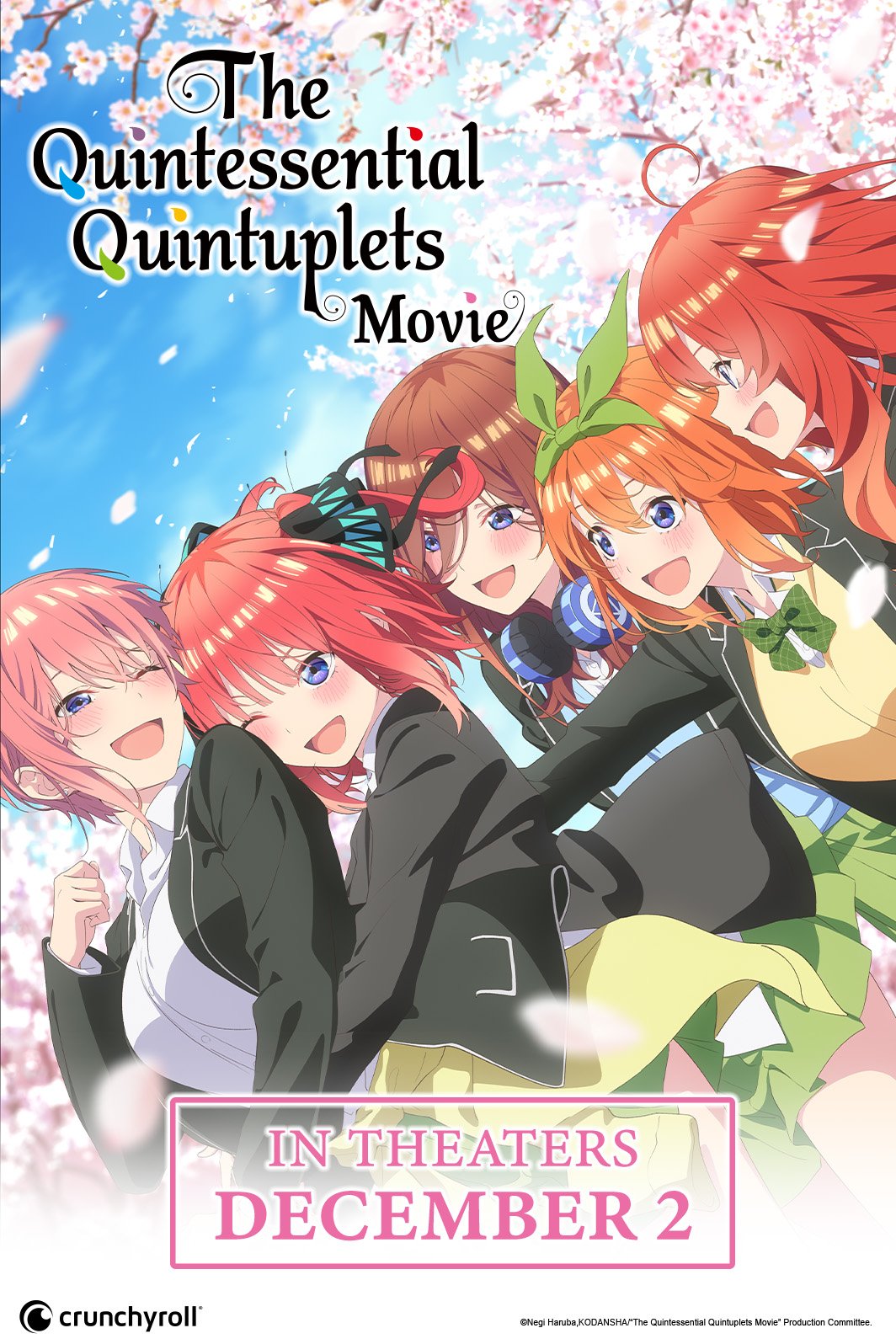 “The anime has captured the hearts of fans around the globe. We’re thrilled to bring the story’s conclusion to audiences eagerly waiting to find out which of the five sisters captures the heart of Futaro,” said Mitchel Berger, SVP of Global Commerce at Crunchyroll. “The enormous popularity of ‘The Quintessential Quintuplets’ provides an exciting opportunity for Crunchyroll to deliver a solid romantic comedy to fans and introduce new fans to the anime series.”

“The Quintessential Quintuplets Movie” is the highly-anticipated conclusion of the popular romantic comedy that follows five lovely young girls who hate studying and hire part-time tutor Futaro, he guides not only their education but also their hearts. The first two seasons of the series are currently streaming on Crunchyroll.com.

Since the manga was introduced, “The Quintessential Quintuplets” has soared in popularity with fans around the world eagerly following the adventures of five sisters all trying to catch the eye and hand of Futaro.  The manga which launched in 2019 has sold over 16 million copies in 2022. In May 2022, “The Quintessential Quintuplets Movie” was released in Japan and grossed over $16.4 million at the Japanese box office. The film was also nominated in eight categories for the 2022 Newtype Anime Awards including Best Picture.

Crunchyroll describes the film as follows:

When five lovely young girls who hate studying hire part-time tutor Futaro, he guides not only their education but also their hearts. Time spent has brought them all closer, with feelings growing within the girls and Futaro. As they finish their third year of high school and their last school festival approaches, they set their sights on what’s next. Is there a future with one of them and Futaro?