It’s been a long road for Pokemon Journeys, and while the show’s final episodes are starting to air in Japan, here in the US, Pokemon Ultimate Journeys has just released its first part. I was very excited going into this based on the trailer for the series and was hoping it would be one of the best sections to date. I wasn’t granted that hope, as my Pokemon Ultimate Journeys Part 1 Review will show you.

If you’ve read my past reviews of the Netflix batches, you’ll know that my feelings on them have been inconsistent. Some batches were incredible, while others really weren’t. The last batch was a lot of fun, but this one was full of filler! I’m not exaggerating when I say that it basically took until episode 8 of 12 before we had a significant episode for any of the main three storylines. The first two episodes did introduce a key character from Galar via Allister, but it was mired in filler storylines and scenes outside of one or two. Plus, the result of those storylines via Gigantamax Gengar was kind of wasted in a future battle, which didn’t make me happy. 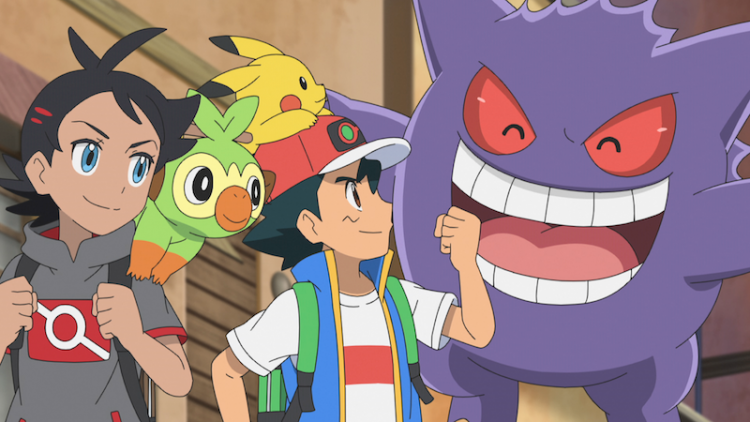 Within the other first eight episodes were stories that honestly have been done before in the series, nostalgia acts that didn’t resonate this time, and a sequel episode to one of the dumbest episodes in Pokemon history…and this one was just as dumb. It’s the Slowpoke episode…no…just…no.

Then, when we did get to the relevant story episode in episode eight…I was so mad at the story we got. It was an episode where Chloe met two trainers with Eevees, who were about to evolve them into their “Dream Pokemon.” Except…by accident…they each get Pokemon they didn’t want. And instead of embracing the Pokemon that they’re supposed to love…they basically abandon them. It was so infuriating. These were two of the most selfish people in the show’s history, and they went from “I love my Eevee!” to “Why did they become this? I can’t use this!”

I know I sound like a harsh critic right now, but the reason is that I KNOW this franchise can deliver thought-provoking storylines and tales. We’ve already seen it with past episodes, and I hold this show to a high standard because of it. Episodes 3-8 all had episodes that were “mid,” as a certain wrestler would say, and some were worse than that! I couldn’t wait for these episodes to be done, and that’s not something I want to say about a franchise I love. 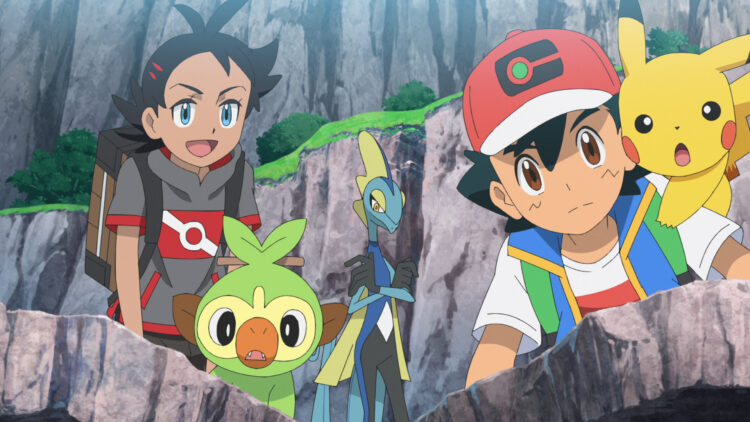 Then, when we got to the true meaningful episodes, I wish we had more like them! The episode with Marnie was a lot of fun, as was Ash and Leon’s adventure that dove into Leon’s character more. Those did a great job showing off the characters and building toward the finale, and I wish we had less filler and more of that.

The final episode of the sect was easily one of the most frustrating. It was another Project Mew mission, and Goh was as obnoxious as he’s ever been. His rivalry with Gary isn’t even close to the level that Ash had with him, mainly because Gary was a jerk, and you hated him for it then, but Goh is the jerk now! He can’t stand the idea of working with Gary, even if it helps him with his goal of getting Mew. The “message” of the episode also got lost in the end because of some 180s in personality to try and “sell the moment.”

Oh yeah, and Goh’s catching of Pokemon is basically comical at this point. You just have to accept it.

I know this Pokemon Ultimate Journeys Part 1 Review was a bit dour and sour, but that’s just how it played to me. I know Pokemon is a “kid’s show,” but that doesn’t mean you need to patronize the kids. They can learn from great stories, and there were a few in here. But given how close we are to the end, you’d think we’d be ramping up all three storylines toward their epic conclusion, and we didn’t get that at all. And now, we have to wait three months for the next batch and hope it’s better.

Pokemon Ultimate Journeys Part 1 didn’t start the ending of the series off on the best foot. At times it worked, but it was filler for most episodes. Sometimes painfully bad filler.