A new commercial featuring Ben Stiller, completely dressed up as Kratos, John Travolta, and LeBron James, with their children in tow, has been released. Each of the parents is talking about feeling like Kratos when it comes to their paternal duties, while their offspring clearly doesn’t want to be there. Especially, Bronny.

Hilarity ensues when the adults talk about being empowered when they wear their Kratos costume, well, except for LeBron. This is good stuff, and whoever thought up this definitely needs a raise. 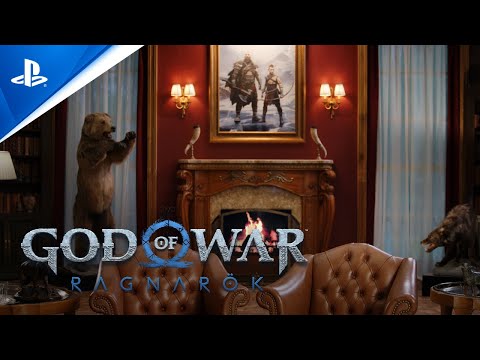 Embark on an epic and heartfelt journey as Kratos and Atreus struggle with holding on and letting go. Against a backdrop of Norse Realms torn asunder by the fury of the Aesir, they’ve been trying their utmost to undo the end times. But despite their best efforts, Fimbulwinter presses onward. Witness the changing dynamic of the father-son relationship as they fight for survival; Atreus thirsts for knowledge to help him understand the prophecy of “Loki” as Kratos struggles to break free of his past and be the father his son needs.

God of War Ragnarök will include some impressive immersion features, thanks to the DualSense’s Haptic Feedback and 3D audio, if you have a headset that supports the feature.

God of War Ragnarök’s release date for the PlayStation 4 and PlayStation 5 is November 9th, 2022. Be sure to look forward to our review once the embargo date is lifted.