It seems that EA wants to get as much information on its upcoming Need for Speed title, Need for Speed Unbound, as possible. In a new gameplay trailer called ‘Risk & Reward,’ we’re finding out that cop chases, a fun stable from the Need from Speed series, makes its return. 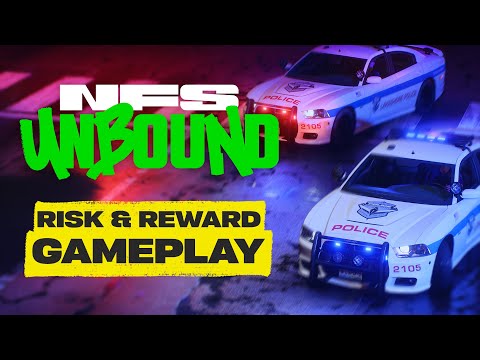 What’s not clear is how these cop chases will work. Are they something that activities when you’re out in the world, and suddenly the police see you breaking the law? Or will these be featured as some sort of race?

Another thing shown in the trailer is that players can place bets on races, which I’m assuming will help increase the amount of money they can own. Seeing how betting is a game feature, I wonder if betting on cars, or pink slips, will also be an option.

Need for Speed Unbound will feature 143 different vehicles at launch, except for Toyota cars, which are skipping yet another NFS title.

Need for Speed Unbound is being developed by the British game developer, Criterion Games, with EA handling the publishing duties, and will be released on December 2 for PS5, Xbox Series X|S, and PC.

Are you looking forward to Need for Speed Unbound? Sound off in the comments, and let us know!