A new Final Fantasy 16 trailer has been released, and it’s more teasing from Square Enix as there are scores of us waiting for news of the title. Though, I suppose this trailer will have to do. 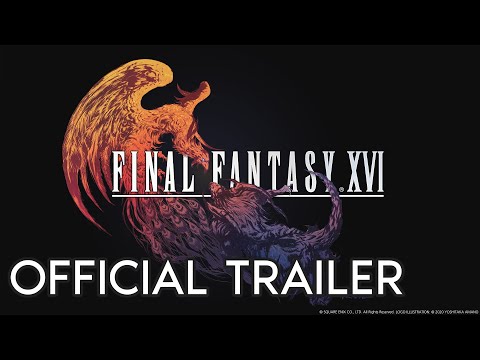 As seen in the trailer, we now know where the game Final Fantasy 16 will take place, the world of Valisthea. It is a slowly dying world, with a Darkness that consumes everything in its path, including life and magic. It sort of reminds me of “The Never Ending Story.” With the world falling into darkness, everyone now hopes the Mothercrystals will save them from this impending doom.

While not explained in the trailer, Mothercrystals are massive crystals that provide aether to the surrounding realms; The Grand Duchy of Rosaria, The Holy Empire of Sanbreque, The Kingdom of Waloed, The Dhalmekian Republic, The Iron Kingdom, and The Crystalline Dominion. It would also assume that each town possesses a champion and a mighty army that protects both the realm and the Mothercrystals. However, due to the world slowly being consumed by darkness, these towns will wage war, I’m guessing, to take all of the Mothercrystals and their benefits for themselves. This ends up kicking off the war called the “war of Eikons.”

Also seen are persons who can transform into powerful creatures, which I’m assuming are the Eikons. It would be these characters who will ultimately wage war, and it will be those characters we’ll play throughout the game.

There’s also quite a bit of combat shown, which gives us a look at the gameplay. It also looks like we’re getting a look at a boss fight, but not enough to be a spoiler.