Masahiro Sakurai has been setting the gaming world on fire with his YouTube series “Creating Games.” He’s delved into all manner of game design and development tips, and also given fans insight into his career. Today, he dropped the video many had been waiting for…the origins of Super Smash Bros.

Some of you might know it in part, but not in full. For example, Masahiro Sakurai worked with the late Satoru Iwata on a prototype called Dragon King: The Fighting Game. The mechanics and “feel” of the title are the baseplate by which the franchise would grow from. But not just yet at the time. You see, this prototype was one of two Sakurai made to get familiar with 3D technology and how it can be used in games. When he was done with the prototype, Nintendo loved it, but they didn’t have the team available to make anything.

So, when other projects failed, Sakurai selected the fighting game title, and work began. But, he hated just throwing random characters at the player and expecting them to enjoy them. That’s how Super Smash Bros got the Nintendo roster at its beck and call.

Sakurai also talks about it being the “anti-fighting game” in certain respects. It’s a fascinating look at the title, so if you’re a fan of the game, definitely check this video out! 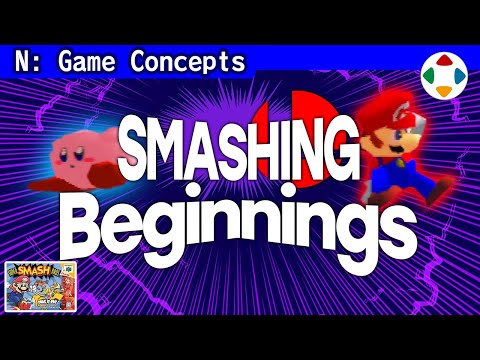