Now that the Metroid-like title, Ghost Song, is out, we’ve been blazing through the game and trying to find all of its secrets. One that we’ve seen so far is the Nano Booster. It’s useful as it will boost the amount of Nanogel you can collect. Making it a great tool for leveling up, buying stuff, or both.

In this video, we’ll show you where to go, so you won’t have to go crazy looking it like we did. However, before you go looking for the Nano Boost, you will need to have both the Coburn Launcher and Boost Boots. The Coburn Launcher is the missile launcher, which will be needed to blast through the red crystal door blocking the way, and the Boost Boots provide a double jump.

Here’s the full map of the game, with the location of the Nano Boost module, circled, just in case you get turned around. Click on the map to enlarge it. 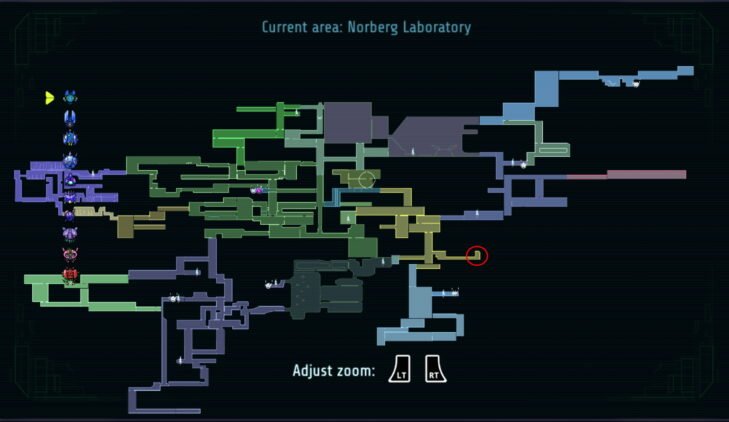 And there’s the full video showcasing how to get to the Nano Boost module.

Thanks for checking out our Ghost Song guide. While you’re here, why not check out our review?