Football Manager 2023 is a management sim that does what it says on the tin: puts you in charge of the team of your choice in your quest to become the next great Football Manager. This year’s version comes with updated squads and player stats for the latest season. As always, it attempts to be approachable for new players and in-depth for die-hard fans. 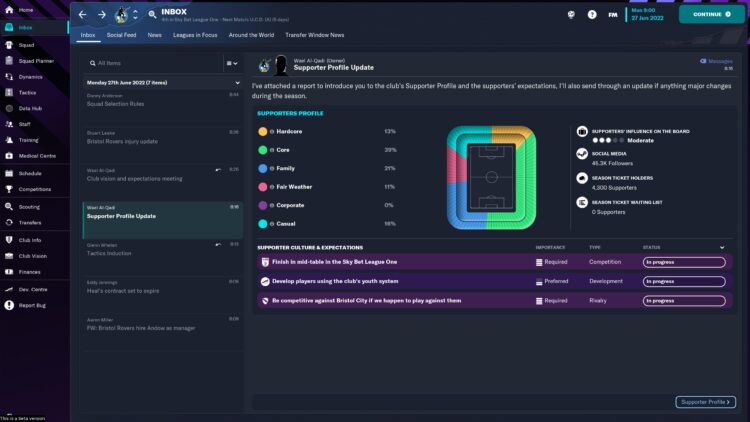 For anyone who has ever played Football Manager, you will know it’s a series of evolution, and not revolution. Football Manager 2023 is still a menu and stats-based management sim where you’ll hire staff, set tactics, and sign or sell players as you always have. With all the core systems remaining in place, what’s changed?

Fans matter more than ever!

Perhaps the first thing you’ll notice is fan profiles and expectations. This year, the fans of your club have more identity, with their own expectations separate from the board members. For example, while managing Bristol Rovers in English League One, the board wanted a mid-table finish, but the fans expected a push for the playoffs. Depending on the club you manage, the fans may have some power over your job, so it’s important to be mindful of their objectives. If you don’t you could end up being fired! On top of this, you now get a report on the expectations for each match you play. This includes fans sometimes wanting to see certain players play or a change of tactics. They may even expect a different result from the club’s board, which makes these matches more meaningful.

Another small but significant change is the addition of a Squad Planner. This is an improvement on the Team Report system, one which now allows you to see how your squad will look a few seasons into the future and adds a new level of depth to long-term saves. Making the transfer and scouting systems deeper in the process, you can use the Squad Planner to help you set up the right scouting assignments, allowing you to pinpoint transfer targets much more easily.

Too much for you?

Don’t worry if this is too much for you—you can choose to make it the responsibility of the AI. If you just want to choose the team lineup and make substitutions during games, that is a viable way to play. Then again, maybe it’s just a little overwhelming and you need some help to understand it all. Football Manager 2023 has you covered. As with previous years, there is a tutorial induction system, which will walk you through each system the first time you use it. From setting up tactics to negotiating transfers and contracts, the game is there to help you learn and enjoy the game your way. Once again, making this one of the most approachable management sims to new players, without comprising the depth of its systems. 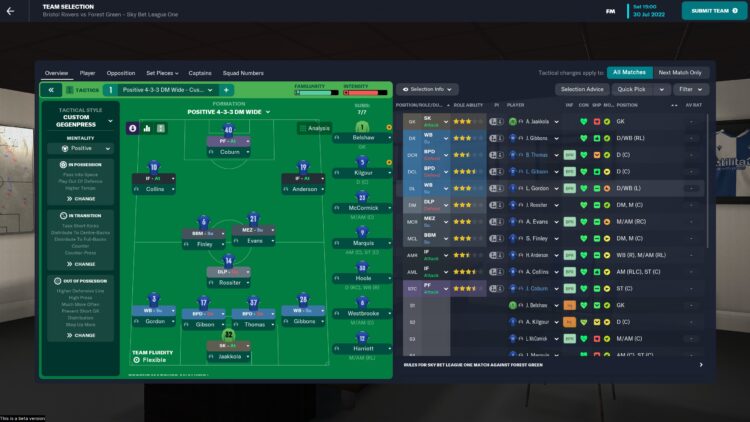 I’ve seen and heard this before

The visual and audio of Football Manager 2023 are decent, it’s all just the same mostly. If you’ve played Football Manager 2022, you know what to expect. The menus, where you spend most of your time look identical and the audio in matches sounds the same.

If you use the 3D match engine, you will notice some big improvements with the addition of new animations helping to create more life-like situations than ever before. When combined with the new match AI making CPU controlled managers and teams more reactive to your tactical decisions. The new animations make the 3D match engine the best way to experience matches without a doubt.

So much of Football Manager’s presentation comes down to the licenses they have to use. That authenticity makes a huge difference to this type of game. This year, we finally see the arrival of the UEFA license for the first time ever, allowing the use of official competition names and logos for Europe’s biggest competitions. This brings a new level of authenticity to the UEFA Champions League, Europa League and Europa Conference League, including the addition of the famous UEFA Champions League theme. 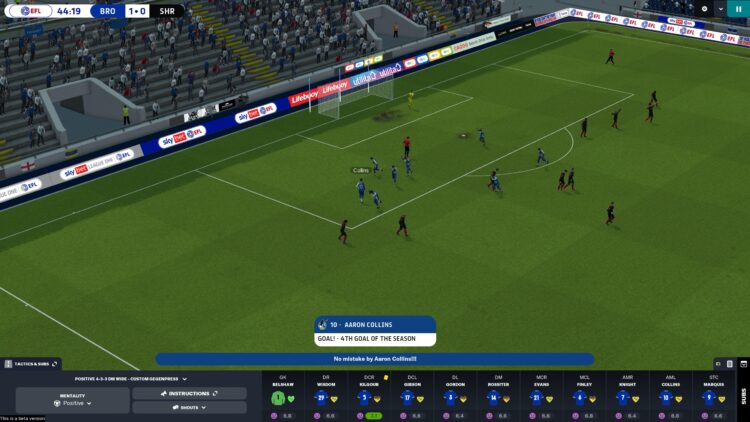 I spoke about how wonderfully approachable Football Manager 2023 is but is it equally as accessible? The nature of the game means yes, for most people. Unfortunately for those that might need things such as bigger text or different colour blind options, Those are harder to find, with a lack of a dedicated accessibility menu, but some are hidden away in the preferences menu. Such as the ability to scale text and image sizes as well as a colour-blind mode. This is good because you’d think a game with so much text-based gameplay would allow you to edit text sizes in-game. In the year 2022, all accessibility features should be easy to find. They aren’t that easy to find but they are there. I just wish that we had a dedicated separate accessibility menu, that would make things much easier.

Football Manager 2023 as with all games in the series is designed to run well on a variety of machines. It really shows, as long as you are sensible with the number of leagues and countries you load into your saved game. Performance should be perfect, with good processing and load times and zero frame drops during 3D matches.

As for bugs, I personally didn’t experience any in this pre-release beta version of the game I was given for review. Of course, if you play ahead of the final release your experience may differ. Rest assured the devs are working on a patch for any known issues ahead of the full release on November 8th 2022.

Football Manager 2023 is another year of evolution for the series, with small but meaningful changes to established proven systems, resulting in a game that is the best in the series, which die-hards and newcomers can both enjoy. It may not be a massive leap forward, but that doesn’t matter when your foundations are so strong.

A game with thousands of hours of fun and one of the most approachable in-depth management sims that exist. As an improvement on an already great series, what’s not to love? I will be spending many hours with this game and can’t wait to craft my legacy as a manager in the virtual world.

Disclaimer: This review was done using an early access beta version of Football Manager 2023 for PC. It will be updated after full release if necessary, and may not represent your experience with the final release or other versions (console, mobile, touch.)

Review Disclosure Statement: Football Manager 2023 was provided to us by SEGA for review purposes. For more information on how we review video games and other media/technology, please go review our Review Guideline/Scoring Policy for more info.

Football Manager 2023 is another year of evolution for the series, with small but meaningful changes to established proven system. This results in a game that is the best in the series no question, one for die-hards and newcomers to enjoy.