While Evil West, the upcoming Vampire (and Werewolf) hunting action/adventure game, is still a few weeks away, Focus Entertainment and Flying Wild Hog has a surprise in store.

On November 7th, 2022, the pair will host a developer stream on the Focus Entertainment YouTube channel at9 AM  PDT/ 12 PM EDT. You know what that means, right? It means we’ll get to see more of Evil West in action, along with hearing about new bits of information that we hadn’t already heard or seen. Tell me you aren’t excited about seeing more Evil West gameplay. And if you aren’t, that’s ok because I sure the hell am.

EVIL WEST dev stream so good, we do them twice! The Rentier Institute magnanimously allowed us to give you guys another intimate glimpse into the trials and tribulations that Jesse has to endure while dealing with bloodsuckers!! DON’T MISS OUT! pic.twitter.com/ZRMaKgw2LM

The last time we heard from the developer, they had let us know that Evil West had gone gold.  Before that, an extended gameplay trailer had been released, which was early September 2022. Of course, I can’t forget my Evil West hands-on during PAX East 2022. Seriously, I didn’t want to stop playing… but they told me I had to move on. Something about other people needed their chance to play the demo. 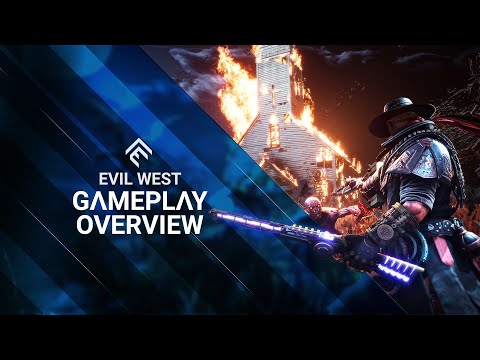 While you wait for the game to be released, check out our “Everything we know about Evil West” so you know what you’re getting into. Damn, I’m really excited, and we’re just over a month away from the game being dropped into our hands.