Milan Records today releases the first soundtrack from the year’s biggest new anime series CHAINSAW MAN by electronic composer and musician kensuke ushio. Available everywhere now, the album features music written by ushio for the first three episodes of the new anime series, which is currently streaming on Crunchyroll. Today’s album is the first of an eventual three volumes of 11 songs to be released from the first season of the series, with additional soundtracks for arriving Wednesday, November 23 and Wednesday, December 28. kensuke ushio brings with him to the project a resume of solo electronic music released under the moniker “agraph” as well as scores to A Silent Voice, Space Dandy, Devilman Crybaby, Boogiepop and many other anime titles.

Of the soundtrack, composer kensuke ushio says, “When I first read the original CHAINSAW MAN, I thought, ‘what a mess!,’ and I created the music based on that initial concept. I chopped, stretched, and distorted the finished music, carefully butchering it as if I were grinding the music down – because he is a chainsaw man! This album is the result of that work – messed up chainsaw beats that were created based on that initial impulse. I hope you enjoy it.”

Also making its debut today is the official music video to the series’ main opening theme “KICK BACK” by Kenshi Yonezu. The video arrives after a huge debut for the track, which hit #47 on Spotify’s Top 50 Global upon its release on October 13th, marking the first time in history that a Japanese artist from Japan has appeared on the chart. The song also debuted on the Billboard Global 200 chart at #64 and cracked the Top 10 of their World Digital Song Sales at #7. Released alongside the series’ third episode on Crunchyroll, the “KICK BACK” video was directed by Yoshiyuki Okuyama, a photographer and video director previously worked with Kenshi Yonezu on his most recent artist photos and the “Kanden” music video. Packed with impactful cuts and footage of Kenshi Yonezu training in the gym, the video also features Daiki Tsuneta (King Gnu/millennium parade), who co-arranged the song, and a shocking ending awaits us towards the end. 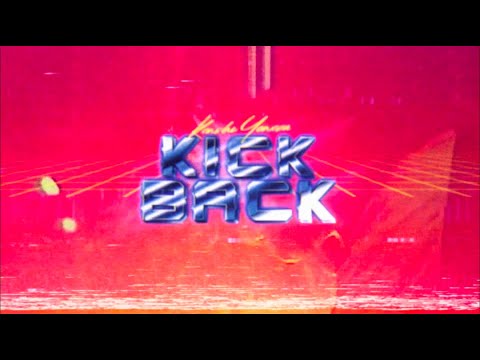 The global success of Kenshi Yonezu’s “KICK BACK” also includes the #1 spot on the Billboard Japan Hot 100, Top Streaming Songs, Top Download Songs, Hot Animation, and Top User Generated Songs, as well as their overall chart, Billboard Japan Hot 100 Songs, and Top User Generated Songs. Surpassing 30 million streams in just 10 days, “KICK BACK” marks the fastest release of Kenshi Yonezu’s to hit 10 million streams in less than 3 days. Starting last week, Yonezu will have 8 special videos from CHAINSAW MAN for Spotify Canvas. Each Canvas videos has scenes from the film references in the CHAINSAW MAN opening and will be revealed every week to coincide with the episodes.