The fourth season of Bungo Stray Dogs is set to make an epic comeback, and the new teaser, which also announces the release date, teases explosive emotion and action.

Viewers can learn more about the plot of Bungo Stray Dogs Season 4 through the new trailer and key image.

The series’ distinctive blend of deep emotion, severe action, and comic tone is highlighted in the trailer, which can be found on Kadokawa’s official YouTube page. On the other hand, the image that was shared on the anime’s Twitter page is all action, showing the lead character Atsushi Nakajima facing off against a burning structure and four adversaries. Both pieces of advertising confirm that the fourth season of Bungo Stray Dogs will debut in January 2023. 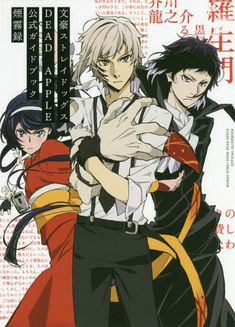 The Stray Dogs Are Here.

The Bungo Stray Dogs anime is based on the ongoing manga series of the same name by Kafka Asagiri and Sango Harukawa. It follows the exploits of the Armed Detective Agency, a team of supernaturally gifted people, as they try to defend the city of Yokohama from the mafia.

The adaptation was created by Bones, the renowned studio behind Fullmetal Alchemist: Brotherhood and The Case Study of Vanitas; the first season debuted in 2016 and the third season returned in 2019. The show has continuously received positive reviews from critics, even coming in second place, only behind Demon Slayer: Kimetsu no Yaiba, on Monthly Newtype magazine’s selection of the year’s top anime series.

The fourth season of Bungo Stray Dogs will include a cast that includes numerous seasoned voice performers. Along with Makoto Koichi (The Disastrous Life of Saiki K.) as Teruko Kura, Takehito Koyasu (That Time I Got Reincarnated as a Slime) as Nikolai G, and Takeshi Kusao (Dragon Ball Super) as Mushitaro Oguri, Akio Otsuka (My Senpai is Annoying) have been cast to play Fukuchi Genichiro.

Yen Press distributes manga by Asagiri and Harukawa in English. You can watch previous episodes of Bungo Stray Dogs, an anime adaptation by studio Bones, on Crunchyroll and Amazon Prime Video.