It’s been a very interesting year for the MCU so far, in both the good and bad ways. The movies have been divisive so far (if you haven’t read my Thor Love and Thunder Review…brace for impact!), and the TV series on Disney+ have been mostly focused on new heroes like Ms. Marvel (Iman Vellani is incredible as Kamala Khan) and Moon Knight (Oscar Isaac is legit), which was great for expanding the universe. Now, it’s time for a “famous cousin” to get the spotlight. As this She-Hulk: Attorney At Law Season 1 Review shows, it was a worthy spotlight…most of the time.

One of the first things to note about She-Hulk: Attorney At Law is that it’s a VERY different property than the MCU is used to. Even by the star’s own admission in the final episode of the season, it’s a “Legal Comedy,” and they play it as such. It’s got action, but it’s not a requirement due to who Jennifer Walters is. Also, as many of you who watched the show know, She-Hulk is one of the Marvel characters who can break the 4th Wall, introducing a new level of comedy that no one could’ve been prepared for with how the season finale went…but I’ll get to that later. 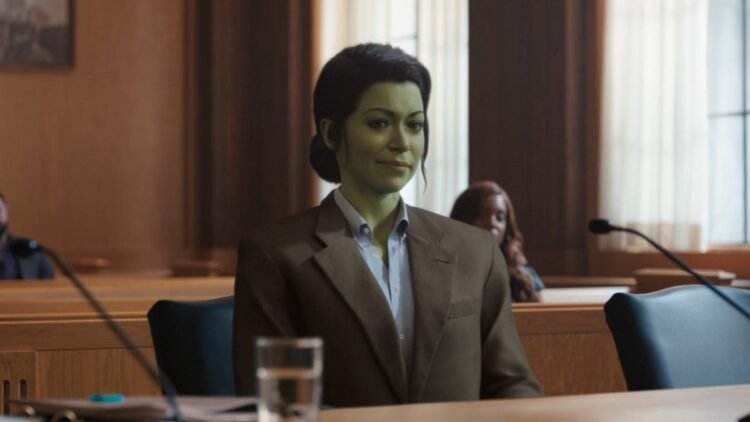 Very loosely, She-Hulk: Attorney at Law is about Jennifer Walters, the cousin to Bruce Banner, who, after an accident, gets exposed to Bruce’s blood and transforms into She-Hulk. Now stuck with her “transformation,” she has to decide what to do with her life. After getting exposed in the first episode, she gets hired at a law firm that represents superpowered clients, both big and small. The twist is that the only reason she’s hired is that they want She-Hulk as the “face of the brand.” Jen’s just “along for the ride,” if you will. Naturally, Jen has to balance between being the “person” that everyone wants to see and be around versus the woman she likes being…herself.

Make no mistake here; the best part of the show is Tatiana Maslany. Once again, Marvel Studios has killed it with the casting. Tatiana brings hilarity, kindness, honesty, and vulnerability to Jennifer Walters. People will hopefully appreciate that because She-Hulk is awesome in the comics, and she’s awesome here because of Tatiana. Her comedic delivery is rarely off, her use of the 4th Wall break is always well handled, and even the smaller moments of acting is wonderfully delivered. For example, in an early episode, she’s mugged and naturally panics. Then, she remembers who she is and beats the guys up royally. It was great.

Also, how the show handled the “differences” in the body types of She-Hulk and Jennifer was well-played, including her needing a dedicated tailor to make suits that would help her look more stylish and not just “off the rack.” 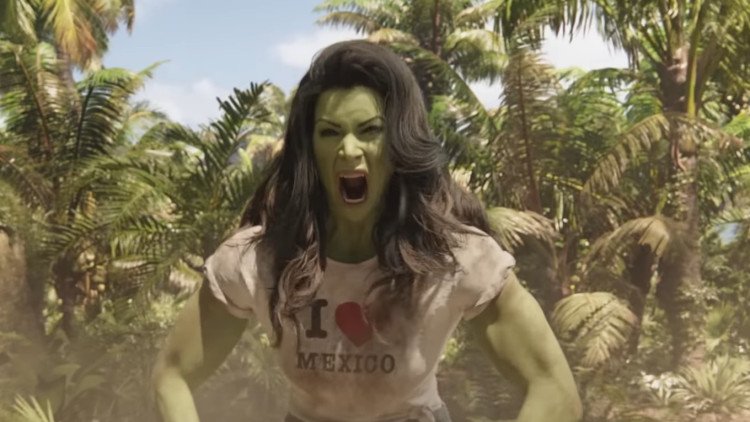 Starting the series off with Bruce and Jennifer trying to “figure out” Jen’s transformation and how she can control it was great. Mainly because it highlighted the differences between the two and why Jennifer didn’t need “15 years of training” to get the hang of things. I know from reading some GOOD Twitter posts that many people loved her line about why she’s already got a handle on her anger. It resonated, which is what you want.

Going from that to the legal comedy side was surprisingly hilarious at times. Yes, MCU comedy is VERY hit-or-miss, and this show is no exception. However, there were multiple times I laughed out loud because of the genuine funniness and insanity of the scenarios. When I’m laughing because of a line that Megan Thee Stallion said? You’re doing something right.

Part of this comedy was, of course, the supporting cast, who did have some standouts. That includes Nikki, Jennifer’s best friend and paralegal, Pug and Amelia, two other superhero division lawyers, Matt Murdock (more on him later!), and more.

I honestly enjoyed seeing the “superhero law” side of things. Granted, I’ve seen it a few times in the comics, including a recent Fantastic Four issue where the “First Family of Marvel” was defended by She-Hulk and things went off the rails as you would expect. But there’s a difference between seeing it in a comic and seeing it in a show.

Given how things turned out, I honestly wish that the show ended in a legal battle, one that defined Jen’s career, if you will. I’ll get to that in a second too. 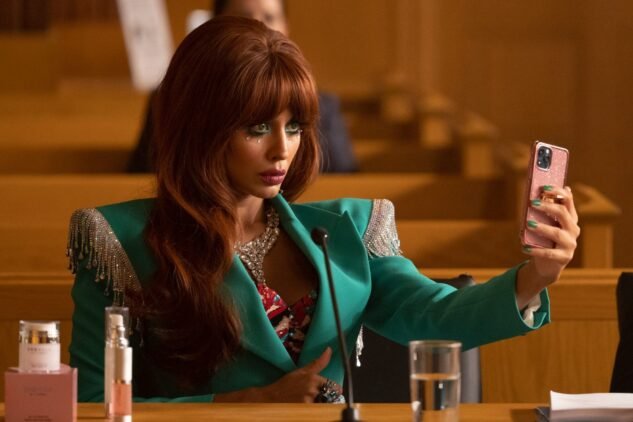 While it may be a “legal comedy,” there were still a few villains to stir things up. One is the character Titania, whom many will know from the comics, albeit in a much different form. Her obsession with She-Hulk, whether she wanted to admit it or not, led to some funny scenes. As well as one terrible fight scene that I can’t believe got left in. Seriously, it was that bad.

But ironically, and done in a way that shined a much-needed light on our culture, the biggest villain was the internet, media, and the perception of Jennifer Walters. While Marvel Studios doesn’t have a crystal ball (as proven by certain recent movies), they knew what to expect regarding reactions to the show. So seeing the media go after Jen throughout the series for the smallest of things and basically boiling her due to “just a female Hulk” was horrifying. Yet, you can believe that would happen because the media always does that! Same with the trolls going after She-Hulk for perceived slights or a former co-worker who is a chauvinist of the highest order berating and exploiting Jen whenever possible to fortify himself. Can be overwhelming at times? Yes. But I believe that was the point because this behavior happens daily in our world. Seeing Jennifer work through it the best she could and coming out on top was a triumph, and I was happy to see the place she was in at the end.

Before we get to the season finale, let’s talk about Matt Murdoch! 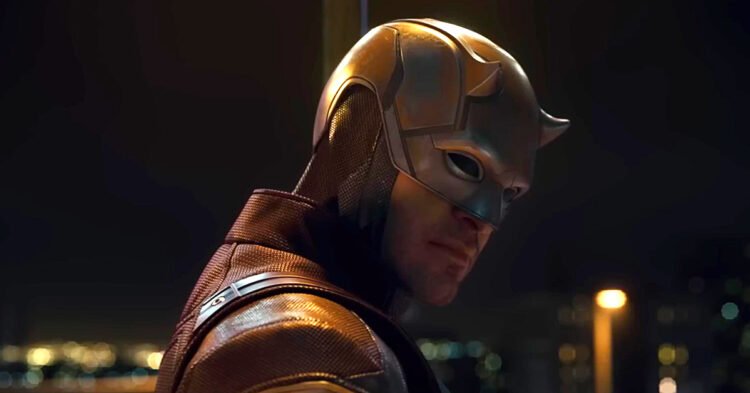 Yes, we got Daredevil. And yes, it was everything we could’ve hoped for and more! Oh, and yes, I totally ship him and Jen too. Charlie Cos and Tatiana Maslany had a wonderful chemistry that I could watch for an entire series, full stop. His episode was full of teases to his own show, including the Netflix series theme music, and watching him and She-Hulk fight, banter, and then hook up was quite an arc. It’s going to feel like an eternity until Daredevil Born Again comes around, and that breaks my heart.

Finally, the season finale! Yes, the show went completely off the 4th Wall and into realms of meta that no one could’ve seen coming. The “K.E.V.I.N.” robot was a nice touch, as were the pokes to their own failures and how the MCU does have a “same old, same old” feel after almost 15 years of life. I’ve seen some people online, including certain comic creators, say that the episode was the best piece of Marvel TV history ever. I wouldn’t go that far for multiple reasons. Not the least of which is that when you think about it as a whole (which I’m doing because I binged it in a night), the ending kind of ruined parts of the story leading up to that.

For example, the group that tried to ruin She-Hulk went from a major menace who literally turned her life upside down to…kind of dealt with off-screen. Plus, the “time-lapse” of Jen’s life getting ruined felt a little too quick for me, especially with moving back into her parents’ place.

Another issue for me was that, at times, there was a tonal shift that then tried to bounce back to it, only for it to go into the metaverse (not you, Facebook!), and I was like, “wait, what happened?” Not to mention, three of the characters in Pug, Nikki, and Amelia, were basically sidelined after a while, which was noticeable given their importance early on. 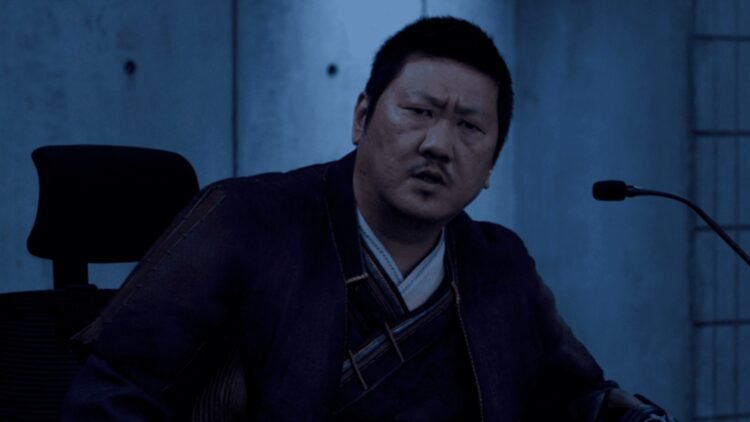 But I’d be remiss if I didn’t state in this She-Hulk: Attorney At Law Season 1 Review my feelings…about Wong.

Why? Because once again, he acted less like a Sorcerer Supreme and more like a buffoon with a fancy title. For the record, this goes back to Multiverse of Madness, where I pointed out similar things. Anyway, while Benedict Wong is a treasure, they make him sound like he’s never interacted with other people before, even though he was the one who trained the next generation of sorcerers after The Blip. He didn’t know about American Law; he didn’t care about breaking out a supervillain for a “fight club” so that “he could train” and so on. And don’t get me started on him and Madisynn.

As for Jen, her biggest fault was in a key episode where she was fixated on a text from a guy. Or a lack of a text I should say. Yes, we’ve all stressed about not getting a text, but for someone like Jen to freak out about it for three whole days? While they did give a heartfelt explanation, I felt it betrayed the character a little, especially when it was very obvious that he was a villain.

Finally, as noted, some comedy bits were way too much for me. Like with Madisynn!

In the end, though, She-Hulk: Attorney At Law was a fun change of pace for the MCU. I’d like a second season of the show because I want to see what Jennifer Walters does next. She’s awesome, no matter what form she’s in.

She-Hulk: Attorney At Law was definitely something different from what the rest of the MCU has been so far, and that’s not a bad thing! Tatiana Maslany shines as Jennifer Walters and you’ll be amazed at what she does throughout the season, even if the rest of the show doesn’t quite keep up with her.